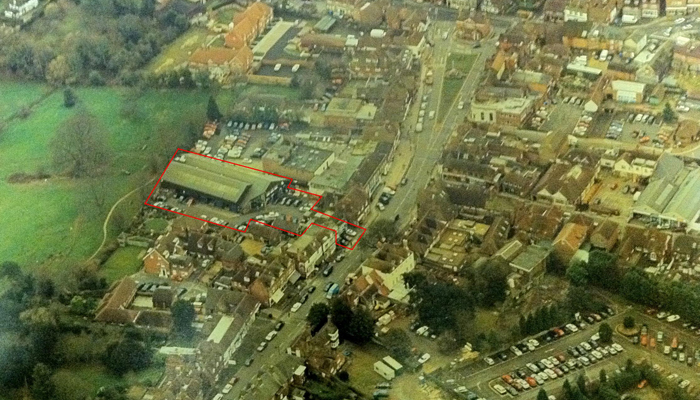 Bernard Smith, the owner of Concours motor dealership and workshops, instructed Lambert Smith Hampton of Guildford to select a developer to enter into a conditional contract to purchase the garage and workshops. A number of developers were invited to submit financial and development proposals and after due consideration Strathmoor was selected, having been deemed to offer the best deal in terms of financial and development viability.

The site of 0.38 acre (0.156ha) is situated off Haslemere High Street within the Conservation Area, an area of archaeological interest and adjoining National Trust lands. It was therefore necessary to design a high quality and sympathetic proposal that would meet the approval of the planning officers, conservation officers and National Trust. At the same time, the proposal also had to be a high density scheme to maximise the value of the site and ensure the value exceeded that of the existing premises. The submitted scheme was at a density of 32 dwellings per acre (77dph).

Due to the long established use of the site as a garage and workshops, it was likely that ground contamination had occurred over the years and very detailed investigations into the ground conditions would be necessary. All such work has to be approved by the Environment Agency and together with our geotechnical engineers we were able to satisfactorily reach agreement for a remediation scheme.

Many discussions and meetings took place with the council’s planning and conservation officers and other interested parties and, following several amendments to the proposal, a planning permission was granted within only six months from the time the application was submitted. This demonstrates that with careful preparation and by maintaining a regular dialogue and a close relationship with council officers, a successful outcome can be achieved without the need to resort to a planning appeal.

This development of 12 luxury flats, many with fabulous views over the National Trust lands and being only 100m from Haslemere High Street, is now known as Penfold Manor and has proven to be a highly desirable place to live.

The showroom fronting the High Street is now Hemingway’s coffee shop with offices above. 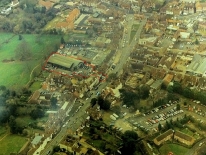 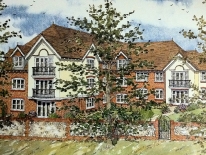