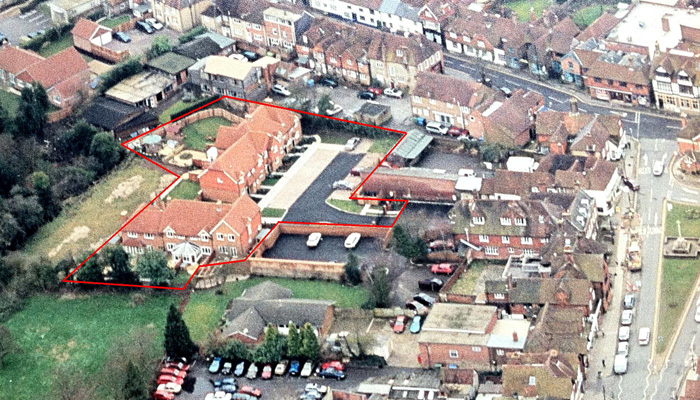 Land to the rear of the White Horse Hotel, High Street, Haslemere

Allied Domeq Plc sought a developer to acquire this land subject to obtaining planning permission. Several development companies were interviewed by Richard Ellis, the Chartered Surveyors acting for Allied Domeq, and Strathmoor’s proposal was considered the most likely to achieve their objectives.

The site comprised 0.9 acre (0.36ha) of redundant car parking and scrub land to the rear of the hotel and adjoining National Trust lands to the east.

Plans were submitted for ten 2 and 3 bedroom cottage style homes, together with a new car park for the hotel. Extensive negotiations took place with the planning and conservation officers of Waverley Borough Council and also the Highways officers of Surrey County Council as access to the site was over a single width drive. In addition, a surplus area of land was donated to the National Trust as a gesture of goodwill.

The first planning application for ten units was rejected by the planning committee and an appeal was submitted. However, a compromise was reached for an alternative plan of nine cottage style homes on a similar footprint to the previous application and this was approved.

The completed development is now known as Collards Gate and is a highly sought after gated development being within 100 metres of Haslemere High Street. 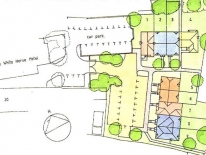 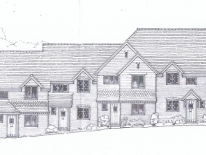 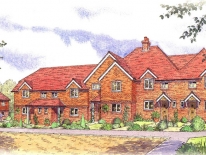