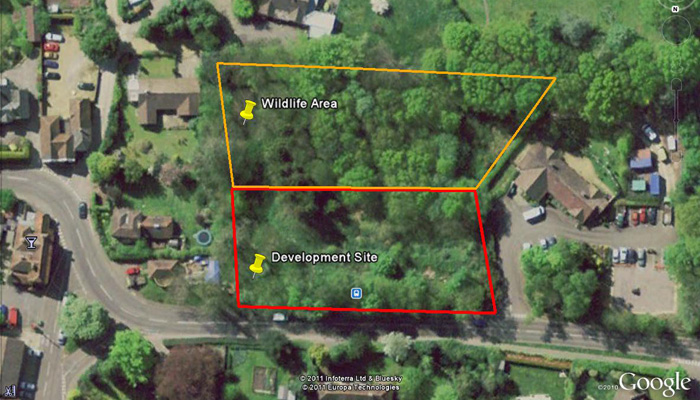 Although this site was within the settlement area of Headley it was heavily treed and home to numerous badger setts, reptiles and other protected animals. The total site area was 1.48 acres (0.6ha).

The owner of the land selected Strathmoor as the most qualified developer to make the planning application and deal with the complicated and contentious issues of trees and other ecological aspects including the badgers, a protected species under the Protection of Badgers Act 1992.

Our initial proposals were met with considerable opposition from local people, conservationists and the East Hampshire Badger Group. However, with the assistance of our planning team, a specialist badger consultant, arboricultural advisers and our ecological consultant, and with the support of the planning officers we succeeded in winning over the objectors and planning committee.

Our proposal involved the creation of three artificial badger setts on the land to the south and the development of four houses on the north part of the site, after relocating the badgers to the artificial setts. Further ecological protection included nesting birds, bats and translocating slow worms from the site – as reptiles, these are also a protected species.

Several trees were subject to Tree Preservation Orders and a band of trees on the road frontage were to be retained and supplemented. A detailed tree protection plan and landscaping plan was produced and agreed with the arboricultural officer of East Hampshire District Council to enable the development to proceed.

Planning permission was granted and the ecological relocation works began in late 2008, commencing with construction of the artificial setts, and were completed in September 2009 at a total cost of nearly £100,000. These works included the removal of badger setts from the development site and the installation of an 80m long and 2.4m deep underground chain link fence to prevent badgers re-entering the site. The housing development commenced in October 2009 and was completed in August 2010.

Now known as Badgerswood Drive, the development has blended well with the street scene of Headley Village. 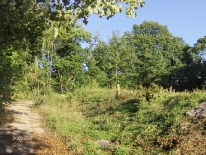 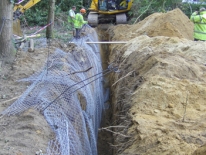 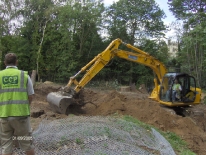 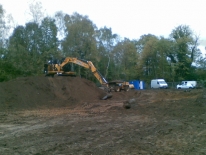 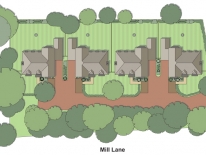 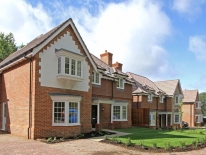